Congress always has a lot on its plate--particularly before it heads into its annual August recess. And this year is no exception. There were the heartbreaking hearings about the events that unfolded on January 6. There was also a lot of scrambling to figure out a short-term solution to the expiration of the eviction moratorium. There was the Senate resolution establishing Hip Hop Celebration Day (August 11) and Hip Hop History Month (November 2021) (I love hip hop but who asked for these things...?).

And then there was the unveiling of the Senate's massive $1.2T infrastructure bill. The bill has a lot in it. The proposed legislation has some things that one would expect to see in an infrastructure bill, such as improvement projects for roads, rails, pipes, broadband, etc. There are some other more surprising or interesting initiatives, such as the pilot program testing out national motor vehicle per-mile user fees. And then there's what some are calling the "cryptocurrency surveillance" provision. *record scratch*

Infrastructure Bill: Where the Rubber Meets the Crypto Road 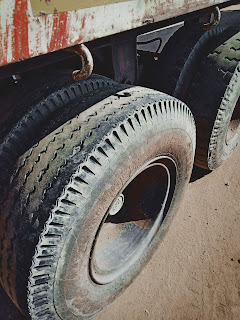 In a provision titled "Enhancement of Information Reporting for Brokers and Digital Assets," the original version of the bill seeks to expand the definition of "broker" in the Internal Revenue Code. The new definition would include anyone who is “responsible for and regularly providing any service effectuating transfers of digital assets” on behalf of someone else. Anyone that falls under this umbrella would need to collect user data, including names, social security numbers, and addresses, because she would be subject to the IRS reporting requirements for brokers.

One issue with this proposed all-inclusive definition is that it could (inadvertently?) sweep in network participants that do not/should not have access to sensitive customer information, such as miners, nodes, and developers. Second, if adopted into law, the provision could place an unnecessary regulatory burden on companies that do not play any custodial role when it comes to users and their digital assets.

The proposed provision received swift backlash from the crypto community because it is overly broad and likely would discourage continued innovation in the space. Furthermore, many in the crypto community highlighted privacy concerns over non-custodial participants collecting sensitive data and transaction information on users.

In response to this backlash, a handful of senators proposed an amendment to the provision that would carve out explicit exclusions for non-financial mediators, such as validators, hardware and software makers, and protocol developers. At the time of writing this blog, a compromise on the original language has not yet been agreed to. And, if I'm not mistaken, another amendment from one of my senators has been put forth.

One might wonder how this type of provision relates to infrastructure. The short answer is that it really doesn't. However, Congress sees an opportunity to increase government revenue (to pay for the infrastructure bill) by decreasing suspected widespread crypto tax evasion. Only time will tell whether these suspicions are confirmed but the more you know... 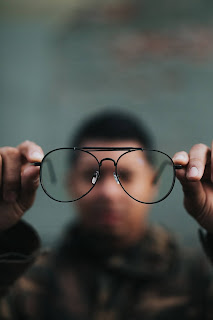 While we're on the topic of Congress, my Congressman recently introduced a bill in the House that aims to incorporate digital assets into the existing financial regulatory frameworks. Regulatory uncertainty and ambiguity are ongoing concerns for crypto innovators and investors. The Digital Asset Market Structure and Investor Protection Act seeks to resolve some of that uncertainty by:

I don't know that anything as comprehensive as this bill has been proposed in either house before and I typically don't think of Rep. Beyer as a crypto champion. But if regulatory certainty is what we want, this bill offers quite a bit of that. It will be interesting to see what parts of this bill the industry supports and whether this bill is able to gain any traction on the Hill. Stay tuned!

June 30, 2021
Everyday there is a news report about a country that is "exploring" or "studying" the possibility of developing a central bank digital currency (CBDC). In the past few days, I've read articles about Rwanda, Israel and France looking to pilot programs with CBDCs. And yesterday, the Bank of International Settlements announced its backing of the development of CBDCs. With approximately 80% of central banks around the world taking a closer look at CBDCs, now is as good a time as any to learn more about them. What Are They? A central bank digital currency is exactly what it sounds like--a digital currency issued by a central bank. In the same way our central bank, the Federal Reserve, issues the U.S. dollar, it would similarly issue some official U.S. digital currency ('digital dollar'). This is pretty much where the simplicity of it all ends. Things get really hairy (really fast) when central banks have to figure out how CBDCs fit into a traditional financ
8 comments
Read more

August 25, 2021
The Hack Earlier this month, a hacker executed a massive crypto heist on PolyNetwork--a decentralized finance (DeFi) platform. The hacker was able to steal more than $600 million in crypto from thousands of users on three separate PolyNetwork blockchains (Binance Smart Chain, Ethereum & Polygon) and involving more than a dozen cyptocurrencies. In other words, this hack was * major *. The PolyNetwork protocol operates on multiple blockchains and allows users to send/receive tokens across these different blockchains using various smart contracts (also known as "bridges"). The hacker exploited a vulnerability in one of these smart contracts which maintains significant amounts of crypto to maintain liquidity and this allowed him to overwrite instructions and redirect all crypto funds to himself. From there, the hacker attempted to move the stolen crypto into various liquidity pools.   The Blacklist The hacker was successful in moving some of the crypto. But shortly after the
Post a Comment
Read more

Finding Nemo: A Journey on the Blockchain

June 17, 2020
Imagine if Nemo was a salmon born and raised in a fish farm in Norway. And imagine if his life, including how many roommates he had, his environment and every meal he ate, was recorded. His death (mainly manner and date) were also recorded. His post-mortem journey to the U.S. was recorded, including where he may have stopped along the way, before making his way to the seafood section of your local grocery store. Now imagine if you could scan a QR code to get a snapshot of Nemo's life, death and journey to the U.S. before deciding to purchase him and do so knowing that his provenance is accurate and reliable. If you're lucky enough to patronize certain Whole Foods, you may be able to do this soon. A major producer of salmon in Norway is working to bring more transparency to its practices using blockchain as the infrastructure. As increasing numbers of consumers become mindful of environmental sustainability and ethical eating, these types of supply chain efforts will become mo
Post a Comment
Read more